An increasing number of small and medium business owners are recognising the benefits of allowing their staff to work remotely, according to a survey.

The poll, conducted by Dale Office Interiors, posed the question: ‘Do you think your company would benefit from giving employees the option to work remotely?’

Over two-thirds of businesses said there are major gains to be had from allowing employees to work remotely.

More than one in five bosses (22.6%) believes this flexible approach helps to ‘retain and attract’ talent, while a further 16.9% feel that ’fluid working’ increases productivity.

Some of the firms said their businesses already accommodate remote working.

Interestingly, 20% feel it saves money on office space, suggesting many sectors no longer require all employees to be in the office every day.

The findings echo recent figures, which show 4.2 million people regularly worked from home in 2015, with the majority working in the information, communication, construction and agriculture industries.

Remote working has become increasingly popular in recent years. The rise of the so-called ‘gig economy’ has seen millions of employees take short-term roles or work as ‘independent contractors’.

For those occupying these roles, ‘independence’ and ‘flexibility’ are cited as two key benefits to this style of working. Business leaders are now spending thousands in an attempt to predict how permanent the move towards a gig economy is and whether firms need to do more to accommodate these working practises.

Of the business owners who said remote working did not fit their business model, most (19%) cited the need for ‘all hands on deck’.

A further 7.1% were concerned team cohesion would be lost through remote working, while just under 5% didn’t trust that staff would be as productive when working from home.

Many businesses are now opting for a ‘third way’ — catering for permanent office-based staff while accommodating flexible working by creating discrete areas that can be used by visiting employees.

“Although remote working isn’t viable for every company, that doesn’t mean they can’t be flexible in their approach to how their employees work,” said Warren Bricknell, managing director at Dale Office Interiors.

“Agile working, whereby flexible workspaces, hot-desking and communal areas are incorporated into the office design, lends itself perfectly to businesses that require staff on-site at least some of the time. It allows them to create a comfortable, collaborative environment for current and prospective employees that looks nothing like the typical ‘office’ they might expect,” he added.

Warren went on to say: “Invariably, we have found that projects in recent years have all included some requirement of this nature. It’s not a phenomenon only found in the realms of fortune 500 companies. Bringing in freelance specialists or contractors is actually proven to be a great way to bring high-level skills into a not-so-large business, and the workspace can be designed to support this.” 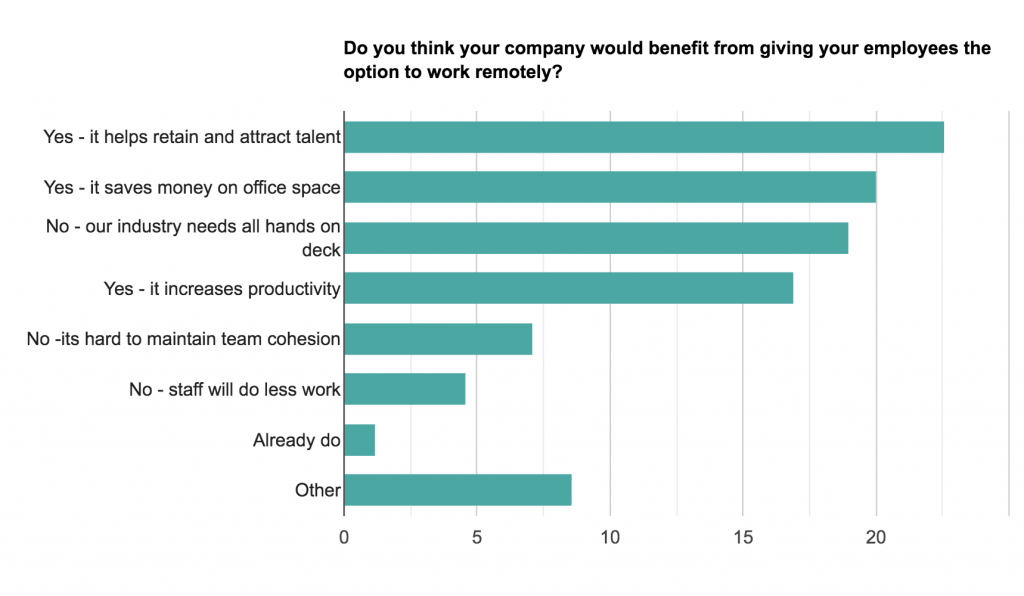 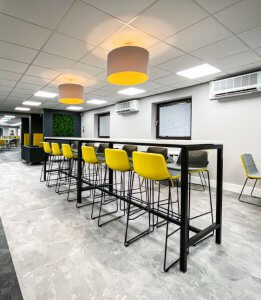 How the right decor can improve office space 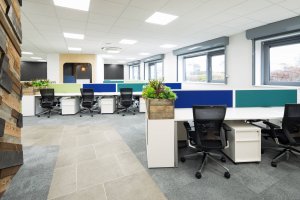 Creating the right office for your company’s needs

As a company becomes more successful it often needs to recruit staff to manage the growing workload. Typically, the addition of extra bodies leads bosses to feel that they’ve outgrown their current office space and make an instant decision to relocate—despite this not always being necessary. 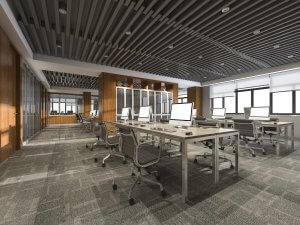 Different types of office fit out – shell & core, cat A, cat B

Office fit outs can be broadly categorised into three different types. On this page, we give a definition of those three types and explain the important differences between them.

Office fit out vs relocation

Read our comparison points to help you decide whether to relocate to a new premises or refit your current space.

"The team at Dale were incredibly
efficient, friendly and helpful, and
we couldn’t recommend them more
highly.”
Gavin Whiley
Managing Director at Havwoods Designer
"Our new office will help us grow our
business further, attract Bradford’s
top talent and enhance our team’s
wellbeing"
Victoria Davey
Gordons Partner and Head of Operations